Rather than do a series of posts after the fact, I thought I’d highlight some of the big things that happened this year! And in favor of nonlinear thinking, I’m not listing them in chronological order.

In June 2018, Tupelo Quarterly published the rest of my Afterimage visual series. You can view the set here. Below is the first work they published (Afterimage [1]). 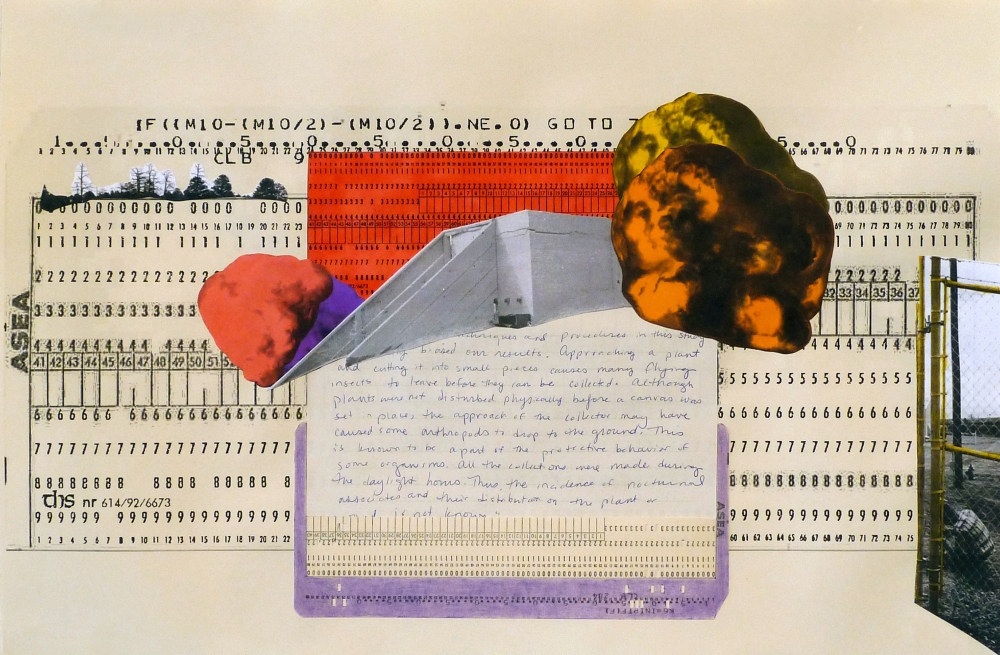 Kendra DeColo, awesome poet and collaborator, and I have a few poems in the the The Said: A Multi-Genre Anthology of Contemporary Collaborative Writing anthology (Black Lawrence Press, 2018). It was an honor to be part of this anthology, edited by Simone Muench and Dean Rader. I had the pleasure of reading from this anthology in Santa Fe in August (a month after my little one was born!). Did I wipe off barf on my way out the door for this event? Maybe. The anthology is GREAT, and here is the beautiful cover:

I’ve had a number of individual poems published this year, plus a new essay accepted. I’d like to focus on my poem “Bastille Day,” published in Southern Humanities Review this fall. The poem is about being in Nice the day of the attack in 2016 and is near and dear to me. Here is the first page:

A big honor for me this year was that the President’s Office at New Mexico Highlands University commissioned a poem from me for NMHU’s 125th anniversary. I wrote the poem “To the Students” in response; the poem can be heard in the Telepoem booth installation in Las Vegas, New Mexico.

In the spring, I was fortunate to be on a panel at Split This Rock in Washington DC with the badass poets Lillian-Yvonne Bertram, Kendra DeColo, Shara McCallum, and Erika Meitner. The panel was called “No F*cks to Give: Women Poets and Dark Humor.”

This year, I finalized edits for my second book of poems, Hawk Parable, winner of the 2017 Akron Poetry Prize. Here is a photo of the page proofs! And a stuffed unicorn!

I was fortunate to spend part of May on a residency at Ragdale, which was an amazing place to get work done. I finished a new series of visual works there, worked on my essay manuscript, finalized edits for Hawk Parable, worked on new poems, and drafted “To the Students,” the poem for Highlands. I also walked to Lake Michigan, spent time in Chicago, and saw some friends. I was very pregnant on this residency, and the staff at Ragdale were wonderful.

The biggest thing that happened this year with me is that I had a baby in July. She is happy and healthy, and while she isn’t on social media, you’ll likely see her at AWP or at a reading for Hawk Parable in 2019.

I will work on being more current with my announcements! Until then, thank you for reading! 🙂

View all posts by tylercmills